NEW and EXCITING places to go and people to give a lift up. Using local organisations and service providers!

In our March ear camps, the HH&H teams visited Ladakh, Chitwan and Dhanusha. Our planned trip to Solu Khumbu was cancelled due to windy weather – but following the planned evolution of our program, Keshab carried out the Solu Khumbu visit with Saraswoti in April.
Our aim is to have all our teams running their programs independently, and this is exactly the next step we had hoped for.

Angmo (Indian social mobiliser) and lew (program social mobiliser) were picked up at the Dharamsala airport by Ani Dasel, an American nun who organised and sponsored a new program from Thosamling Nunnery and Institute in Norbulinka, India.

Two camp sites planned.
We were invited to the Jampaling Old Persons Home where Tibetan seniors who crossed the mountains on foot as refugees are cared for. We meet the oldies and fit eight hearing devices, checking others which had been previously fitted by a Siemens  camp. The director and nurse worked closely with Angmo and Ani Dasel, who had been previously to our camps in Ladakh. 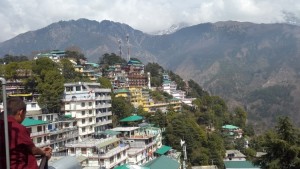 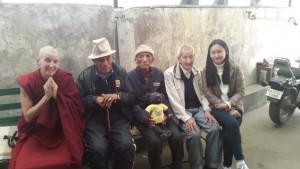 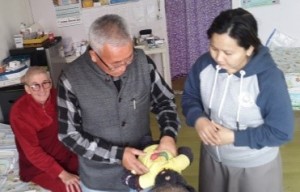 The bear was interrogated, and passed muster.
Plans made for ongoing services from our Indian base were settled.

Our next site was at the nunnery in Norbulinka.
One little nun can now hear the others clearly with her new hearing aid.
Not to mention her teachers!

And the public rolled up, struggling at first with a new concept of hearing assistance slowly being embraced.
Two young mothers who had ototoxic Tuberculosis drugs no longer struggle to hear their children. Cool!!!
One was brought by her brother and happy to have her picture published.

As always, we ask for a donation from those who can afford to pay. We bought new toasters for the nunnery and our Indian Program banked the rest, to assist needy ones. We leave batteries, instructions, spare domes and plans to return. 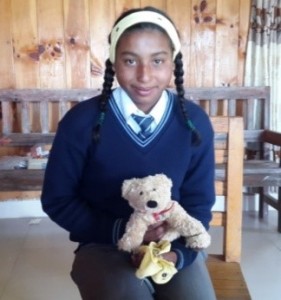 Plan A:
Our flight to the Solu Khumbu Ear camp was cancelled due to windy weather!  Keshab went with Saraswoti in April and assessed 145 people, fitting or reviewing 9 hearing aids.
One of those reviewed was Samjana, who was born without complete external ears. She was first fitted with a bone conduction hearing aid in 2011. Without it, she has a severe hearing loss – with it she can hear well and has been able to attend school and has a bright future ahead of her. 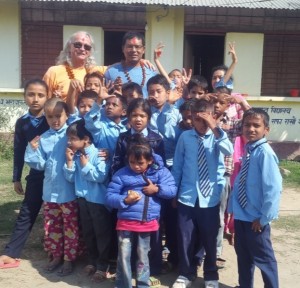 Plan B:
Keshab had heard of a second ‘deaf’ school in Chitwan, when working there with his German associates. One days’ notice to organise and the six hour 300 klm drive completed we visited the school in the afternoon.  Keshab made arrangements with the staff and we began testing and fitting. With our domes superglued to standard tubing, we are able to test and fit in the same session.

The ‘deaf’ class was in the Shree Lower Secondary School Bazarhattee. They use full signing at school, even although one student spoke at home. Their teacher, Nita, also had a severe to profound loss, but we were able to fit her such that she could hear her own voice, and begin speaking with confidence again!

Fourteen students were tested and twelve were fitted with hearing aids with meaningful outcomes. Some had some speech and others could say there name. 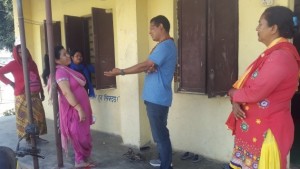 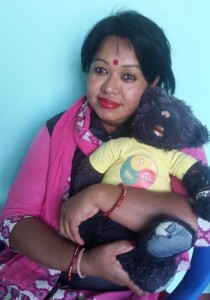 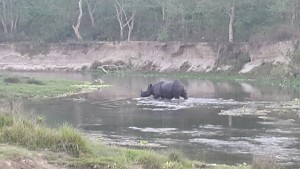 The head mistress of the school committed to run speech lessons and the Chairman of the school, and local politician was also there to inspect the process.
Keshab will follow up in three months and lew will be back next year. There is about a 30% takeup rate by students fitted with hearing aids well after learning to sign and live with a hearing loss, in Keshab’s experience, but as these kids and teacher all were aided at once, maybe with support from the school and Keshab, we can hope for better!

Chitwan has a game reserve and has many rhinos, tigers, black bears, crocodiles, deer and elephants! Dhanusha…the southern plains of nepal, on the border with and sharing the culture of India.

A western tourist is rare, with no ‘embarrasing’ questions being asked that may prompt the government into better health care. And so the locals have learned to care for themselves. We have been supporting the Community Welfare Association for a few years, with bi- annual hearing camps, following our initial sponsorship of a locally run womens health program.
And if you think the cane bins move slowly behind tractors on our Australian roads…it can be slower! 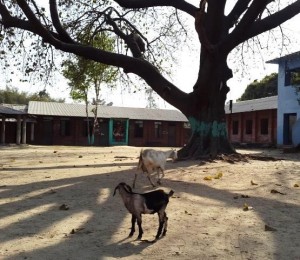 The only ‘kid’ on the block! Another Government (State) school experience.

We had arranged with the headmaster to visit the school and service a new sector of the community. It was going well, then suddenly became very quiet. I went into Keshab’s clinic. It was 1:15 in the afternoon, and the school gates are normally enclosing the kids (Australian for children) till 4:00pm

The headmaster was absent, the teachers went home at 1:14 pm, and in a flash the kids followed.

We had seen a few kids and some adults…. 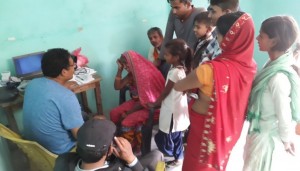 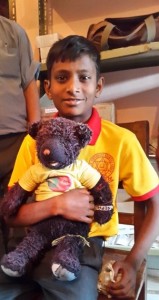 Thanks for sharing…. lew

WE CELEBRATE OUR DONORS , WHO HAVE CARED SO MUCH FOR OTHERS
to make this Program possible.
DONATIONS ARE TAX DEDUCTIBLE IN AUSTRALIA
WE REJOICE THAT WE CAN….THANKS TO YOU!