NAHOH – Nepal Association of the Hard of Hearing

The Himalayan Health & Hearing will measure its success in Nepal by the degree of sustainability of the services developed in Nepal. With that aim, the program has been working collaboratively with members and staff from the Nepal Association of the Hard of Hearing since 2009, when joint ear camps to some of the more remote areas of Nepal were commenced.

In conjunction with the formalisation of the HearingNEPAL Program,(now Himalayan Health & Hearing) a Service Partnership Agreement was signed with NAHOH in 2012.
The Nepal Association of the Hard of Hearing is an organization working for the welfare of people who are hard of hearing.  NAHOH was established in 1996, with the joint efforts and team spirit of Nepalese Hard of Hearing persons, with the objective of promoting and developing the hard of hearing community, in a systematic way. This association has been registered at the Kathmandu District Administration Office and is affiliated with the Social Welfare Council. Managed by people who are hard of hearing, this association has set its objectives as working for the welfare of the hard of hearing people, “promoting the spirit of affection, unity and mutual co-operation among the hard of hearing persons, preserving their rights, promoting awareness of the hearing community by motivating them, reducing their feelings of hatred and neglecting by others and conducting programs with the purpose of fulfilling the above mentioned objectives.”

NAFA  supports NAHOH through funding of their new, more prominent, premises –  until they are fully self-supporting.

Himalayan Health & Hearing – HearingNEPAL Program (with NAFA and supporter assistance) have powered and equipped their site, such that it is now independent of frequent “load shedding” power surges and spikes – crucial for the longevity of expensive equipment.  We also pay Keshab’s modest wage and have trained and equipped him to fit hearing aids, many of which are supplied from Australia.

Education is another key role for NAHOH. A range of Ear Health Posters have been developed, which are donated to the Communities to promote good hygiene and ear care. They have been produced in the Nepali language, as well as providing graphic illustrations of the target message, to offer the best access to this information for all members of the community.

A new year……..    NEW and EXCITING places to go and people to give a lift up. Using local organisations and service providers! In our March ear camps, the HH&H teams visited Ladakh, Chitwan and Read more >

As 2017 draws to a close, its a good time to review our program's highlights, and let you know what we have accomplished. This year we have focused on supporting the Hearing Health hubs Read more >

Dear Lew and Sue Namaste On 11th May 2017, we did camp at Sulakshan Kirti Bihar, Chovar and checked 37 patients. with regards keshab

Dear Lew and Sue Namaste On 4th May 2017,We did camp at Kirtipur Nunnery and checked 74 patients. with regards Keshab 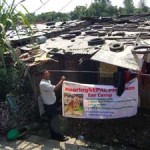 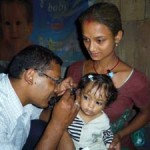 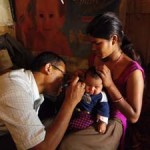 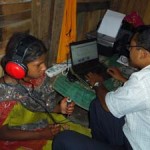 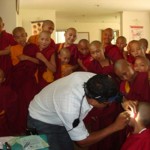 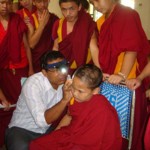 Ears are cleaned of debris and foreign bodies 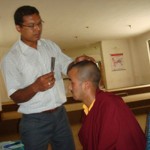 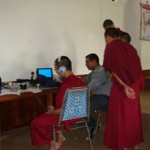